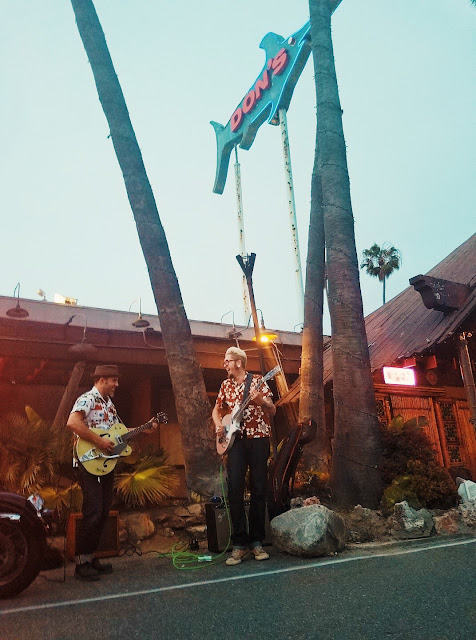 Jason Lee and I for an impromptu and unsanctioned jam session in front of Don's on the last night of existence.

Then, after sitting for hours, listening to some really great singers and some downright horrible singers do karaoke on the last night ever of Don the Beachcomber, my buddies convinced me to go get my guitar and amp out of my friend's car. They were saying, 'you can't let this place go out with karaoke. I knew that the GM was watching the door and would probably not let me play one last song in the building... I just didn't think it was fitting to let Dons end with some 'who-cares' karaoke performance. So I strapped up my guitar and plugged into my amp in the parking lot. My buddy, Andrew, let me in through the side door, and I walked quickly to the space I had played so many times before. I knew exactly where the outlets were and crouched down and waited the few seconds for my amp to warm up. I really wish I had brought a bigger louder amp with more reverb, but this little Fender Blues Jr was the most efficient for the scheme... I lit into a fast surf song and kept one eye on the GM and one eye on the crowd. The karaoke guy was pissed at me for stealing his big finale. 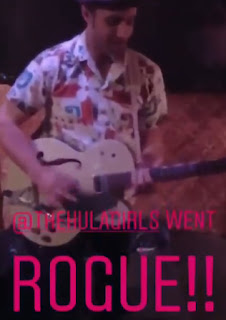 After, I kept hearing from people that it was a nice palate cleanser after so many Neil Diamond and Jimmy Buffet songs...

So the last song ever played at Don the Beachcomber was Miserlou... by me. You can see the video clip on our Instagram page @thehulagirls

Thanks for the good times and the memories, Don's

...on Thursday at our second home, Pacific Seas, at Clifton's Republic in Downtown Los Angeles. 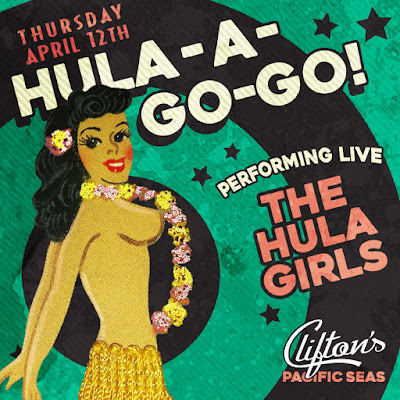 ...and on Friday night in the Champagne Room at Harvell's with Viva Las Vegas' own Audrey Deluxe! We'll be providing the backing soundtrack to several lovely ladies as they perform burlesque. Gonna be a fun one! 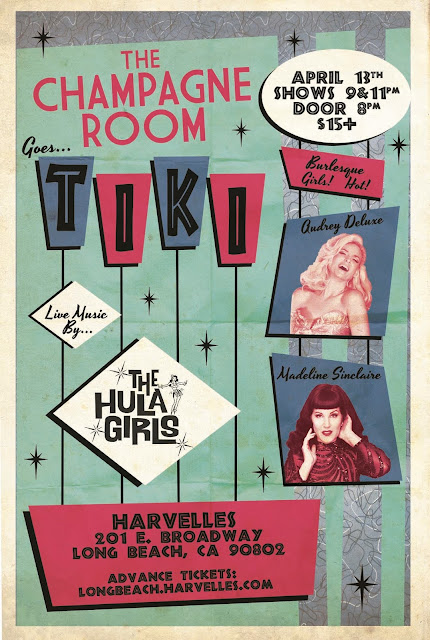