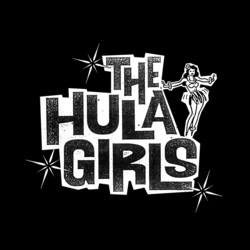 The Hula Girls formed in 2008 and have been an integral component in the tiki music revival scene. They have performed in over 20 different tiki bars as well as clubs and music venues from California to New Jersey. The Hula Girls' 10 year residency in the Dagger Bar at Don the Beachcomber (Sunset Beach) has become legendary.

The Hula Girls are Spike Marble on guitar and lead vocals, Shorty Poole on upright and electric basses, Gary Brandin on steel guitar, and Doug Sanborn on drums. They are always accompanied by two hula-a-go-go dancers.

The Hula Girls have played along with such modern rockabilly, punk, and surf legends as Dick Dale, The Ventures, Duane Eddie, X, The Adicts, the Reverend Horton Heat, The Knitters, Big Sandy and His Fly-Rite Boys, The Stray Cats' Lee Rocker and Slim Jim Phantom, Dave Alvin, Southern Culture on the Skids, Los Straitjackets, and Wayne the Train Hancock, among many others.
It’s up-tempo hapa-haole, tiki, and surf-themed music, all filtered through the late 1950’s and early 60’s rockabilly, surf, and rock n’ roll sound! 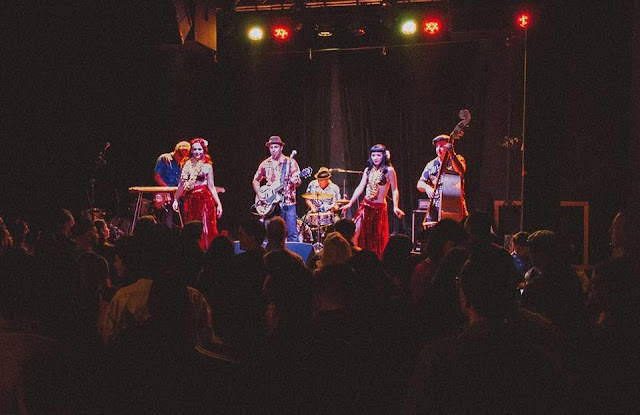